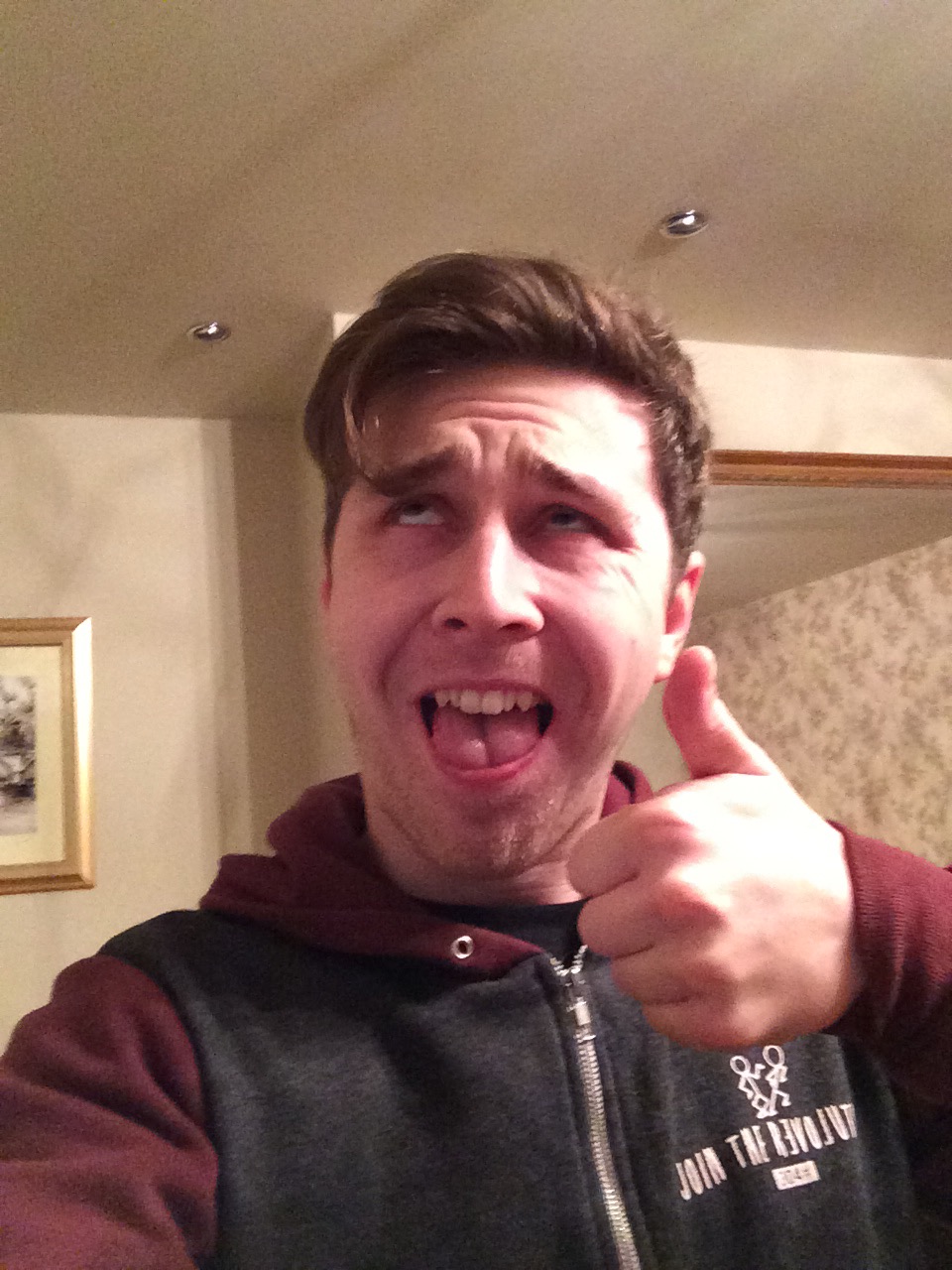 There will be no greater way to break you in to #TheLifeOfBry than this story, it’s a real tear jerker. It was for me.

Time hop kindly reminded me of one of the infamous (infamous if you know me) “Alex Bryan” stories , that I am in abundance of. However, for those that don’t know the tale, let me paint you a picture…
The Nelson Touch had just done a home gig for friends and family in Grimsby. This is a Leeds based band I was in during University. The night was a success up until the black eye I received in the Barcelona at 5am because I didn’t have a spare cig.

The Barecelona was where no hope was given a second chance, where, if you really wanted to stay out late, in the tragic plight of meeting a significant other or because you wasn’t ready to give up the party just yet.
Anyway, up in the morning with a soar face and heavy hangover but in high spirits at the overall success of the night. The time for me to make my way back to Liverpool had arrived.
I get to Grimsby train station with our Drummer, Alex, early and we decide to have a greasy fry up. Perfect hangover cure I told myself. However, it was a well known fact I suffered from IBS and that post breaky I would need to be within a maximum of 5 minutes from a toilet.
Half way through what I thought was my hangover saviour an announcement was made on the tannoy, declaring that the train to Scunthorpe (my change) was replaced with a coach. This left me concerned and heavy hearted but I was committed so I finished up and rolled with it.
Now the coach was Old and was not very full, so me being me at the tender age of 23 decided to sit in front of the two stunners three rows from the back, fancying myself to strike up a conversation because if anything, it would pass the time.
My bass guitar gets the window seat and me the isle seat. Alex takes the window seat on the pair of seat parallel to me.
What I can only describe as a beast, part chav, part female, part god knows what boulders on with her motley crew. Naturally her position on the hierarchy of coach seating is at the back. I thought nothing of it.
The coach sets off from the centre of town and my gut starts to sing the song of its people. Uncomfortable, concerning and some what loud but I was safe in the knowledge that should this get worse, we had to drive past my mums and I would have the option to get off and dash for the loo.
Just as is the rollercoaster that is my life, my body settles down as we pass the village my mum lives in and we progress to the motorway. I sat with a cocky smile thinking I had dodged a potentially humiliating moment in my life that would no doubt haunt me forever.
Five minutes on the motorway my gut awakens, upset, angry and louder than ever. Panic starts to spread and I’m sweating with fear. As if I wasn’t in a compromising enough position already, my body decides to drop a tiny but certainly potent fart. I’m frozen and mortified hoping nobody has been cursed with that smell.
This is when the beast at the back awakens. She roars “Jesus Christ, who the fuck died. Oh my god I feel like my nose is being raped”

And so on repeatedly. Louder she roared and more intense the fear over me became until eventually I had, had enough.
“Listen love, it was me alright. I couldn’t help it and I’m sorry but please would you kindly fuck off and leave me alone”
The beast, stunned that a mere peasant had spoken to her in such a manner fell silent.
The ordeal I thought was over as we approached our first stop.
I sat there in the middle of nowhere now okay and with the mindset this tragedy had finished. Alas, I was wrong, so wrong.
We where back on the motorway heading towards brigg when my gut decided to throw a party. I ran down to the front of the coach and pleaded to be released as I was in danger of shitting myself. The coach driver told me to “man up” and I will be fine. I resented him for that comment and partly hoped that if I did shit myself, he would step in it.
Back in my seat, “manning up”, with my jeans tucked in to my socks for safe measure, my buttocks barely touching the seat as i intensely sat there with my eyes closed praying to god, any god, that, what was inevitable, would not happen. Now it is at this point I like to ask people if they have ever tried to tense their bum for a long period of time. Eventually it relaxes and there’s nothing you can do about it.
So there I am, trying to break the Guinness world records for tensing my bum hole when eventually I lose the battle and it relaxes for a split second but felt like an eternity. Unfortunately, something had escaped in search for freedom.
The smell is like nothing you can imagine, A dead animal smelt sweeter than what I had mustered.
The beast had awoken again. This time furious and her anger directed towards me. What would be a worst fate I thought? Mauled by a pack of savage chavs or shitting myself on this coach journey from hell.
At this point I catch Alex the drummer bright red as he tried to hold in the laughter as this was clearly extremely funny. He mimed the words “have you shit your self?”, I mimed back not yet.
The beast calmed down as the smell became more of a familiarity than an attack on everyone’s senses.
Unfortunately, minutes from the next stop the inevitable happened. I could no longer tense and hold myself together. My body completely relaxed and a very warm sensation filled my pants.
Vile. What is life I thought.
There is uproar on the coach, at this point I felt like I was caught in the middle of a prison riot. Defenceless and boxers full of shit.
Alex looked at me with tears in his eyes, which I hoped was from laughter and not because I had violated his nose, asked me if I had shit myself. I conceded and nodded.
We got to brigg, I grabbed my bass and ran to the front. “I have shit myself, let me off this fucking coach” I bellowed. Everyone stunned. Coach driver speechless.
I ran to the nearest building I could find shelter from in my embarrassment. Finally, some good fortune, a public toilet.
In I went and stripped naked. Used my jumper on the first clean down and that was in the corner along with my new CKs. Gutted. I wasn’t used to having fancy boxers at uni and when I got some I decimated them.
Anyway, I’m stood stark bollock naked in this cubicle when I call my mum. “Mum, I have shit myself and I am in brigg toilets outside the station”. Now my mum wasn’t even remotely surprised by this and being an angel was there in 20 minutes with a bag full of clothes, towel and cleaning products.
I’m stood foot on sink washing away whilst my mum stands in the doorway making sure nobody walks in when she lands the final nail in the coffin,
“Alex, why are you in the girls toilets?”
Nightmare.

I am sure somewhere in all of this, there is a profound life lesson that could be learnt.

All I know is, don’t gamble on your bowels! You won’t win!

Riding the roller coaster that is life. My friends call me Moon, which is short for Moon Bather....apparently the opposite of sunbather as I am so pale! I try not to take anything too seriously
Loading Comments...
%d bloggers like this: